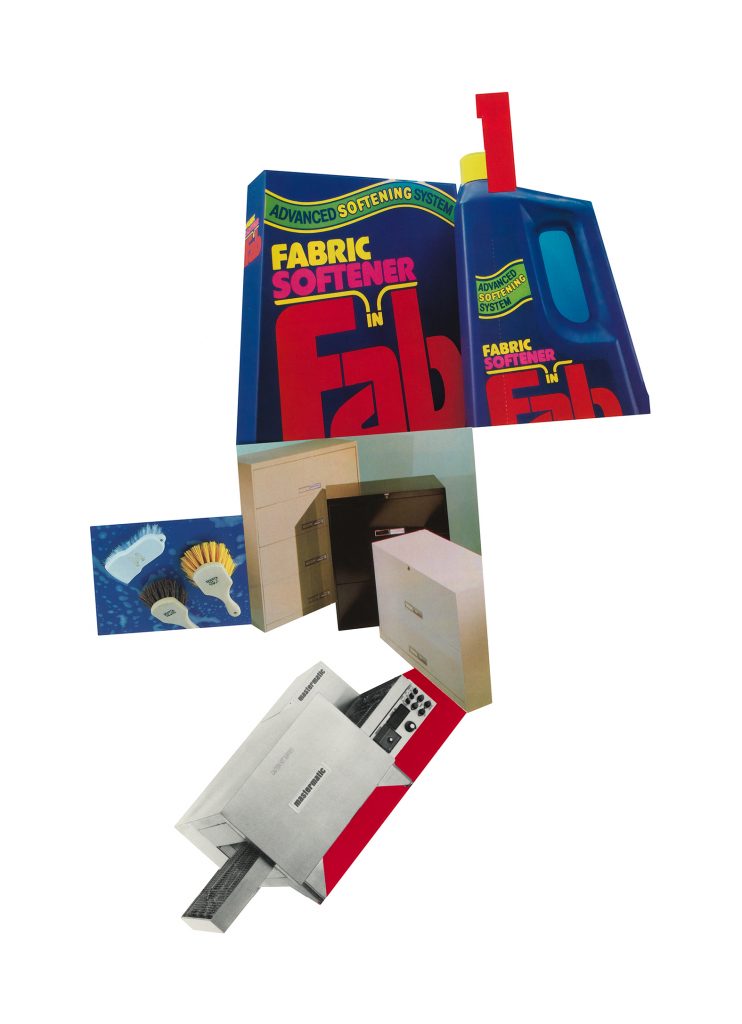 Doran’s previous exhibition was a period show. Comprising large-scale photograph-and-aluminum wall reliefs produced between 1985 and 1991, they established her as both an important second-generation Pictures artist and, at the same time, a prophet of the visual logic of a dawning internet era.

The new works exhibited here are a continuation – collages composed from discovered imagery and enlarged as large-scale wall installations. Called “analogs,” they confirm not just the relevance of the Pictures Generation’s concerns to our present time, but their renewed urgency. The strategies employed by this generation of artists are now canonized, and their arts’ critical content celebrated—but often in ways that historicize their insights and therefore circumscribe their achievements. That an artist who is also a critic should choose this moment to revisit a body of work from those years is a challenge to the impulse toward periodization.

The reliefs in this exhibition are themselves, in fact, trans-historical. Some revisit—and at times remodel—decades-old collages; some are newly conceived, juxtaposing images not just from different corners of the mass-media culture but different generations of it, too. Taken together, they remind us how inextricably our identities are tied to mass-circulation images, even for those of us most skeptical of their meaning and power.