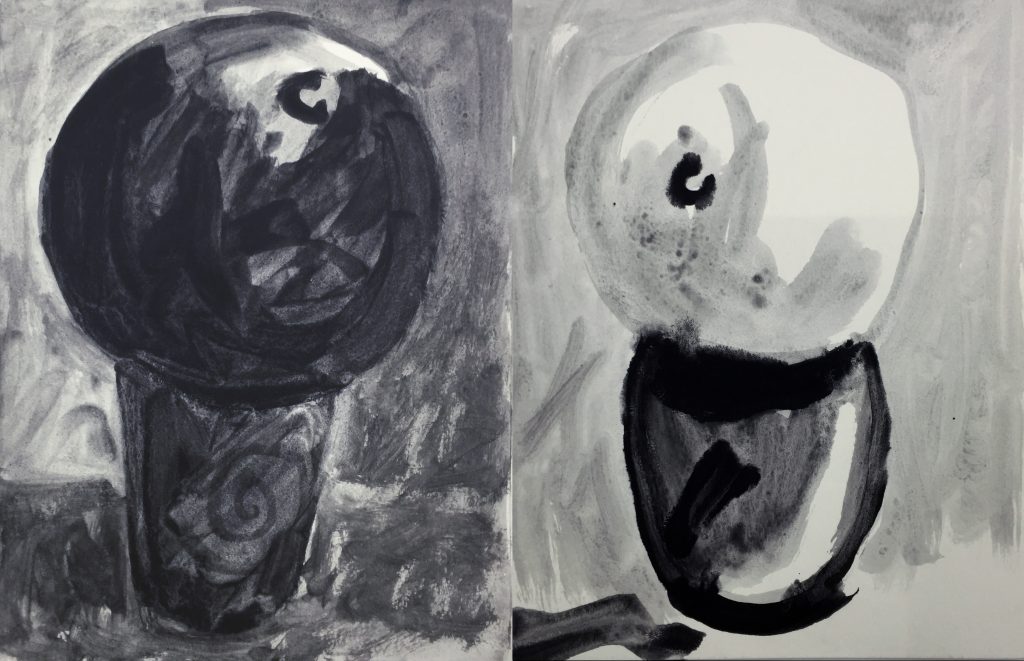 Since the early 1990s, when he became widely known under the nom de brosse Candyass, Cary Leibowitz has been one of the art world’s most delicious practitioners of demonstrative self-abasement. In both his cheeky multiples and his irregular-format paint-on-wood “word” works, Leibowitz mixes elements of therapy and self-loathing, interrogation and self-interrogation, institutional critique, social commentary and stand-up comedy routine, turning the gestures and reflexes of self-doubt and social skepticism into pictures of self-awareness as a theater (or satire? Or both?) of vulnerability.

The archival works in this show are a collective portrait of Cary Leibowitz before, and leading up to, Candyass. In thematically linked bundles of works-on-paper from the mid-1980s, he shows himself to be, more than a Dadaist prankster or Fluxus “interventionist,” a painter and a “picture maker,” actually, above all. In each of the distinct bodies of work, a young(er) Leibowitz toys with the ethos of Abstract Expressionism, a macho legacy still alive in the art schools of the 1980s which had no place for whimsy, insolence, or casual self-loathing. Which means: no place for Candyass. Much like the rumored feminization of Warhol’s cows as a reaction to Picasso’s masculine bulls, Leibowitz sought out the feminine through this sojourn into traditional subject matter, churning out diaristic articulations attempting to pass as pictures. Taken together, they are spitballs and arrows slung by a young artist savvy and conversant enough to understand himself as an outsider (among all the other reasons to feel that way) but who exhibits also, and transparently, a self-affirming desire to make a place for himself and his work, a constant striving to “belong.”

Exhibited for the first time here, in 2016, these works on paper are an exercise in the experience of encountering one’s own work. That exercise is complicated further by the fact that Leibowitz’s work has always had a quality of outward naïveté; compositions electrified by appropriation’s inner earthquakes of self-consciousness and contradiction. And yet the works exhibited here are earnest, in their way: meticulous painterly compositions, not from life but from the inside of Leibowitz’s brain, a foundation that will inform his practice for years to come, and even still with the appearance of Leibowitz’s signature undermining text that we know and love.

“Please do not say anything is beautiful,” Leibowitz says. “Dumb and ugly and ordinary will be lovely  (viva Venturi!)”

Cary Leibowitz (b. 1963) also known as Candyass, has exhibited in museums and institutions across the globe including the Jewish Museum, New York; the Indianapolis Museum of Art, Indianapolis; PS1 MoMA, New York; to name just a few. His work has been reviewed in the New Yorker, Artforum, The New York Times, Frieze Magazine, Art in America, among others, and is included in the permanent collection of the Chase Manhattan Bank, the Hirshhorn Museum, and The Jewish Museum in New York.