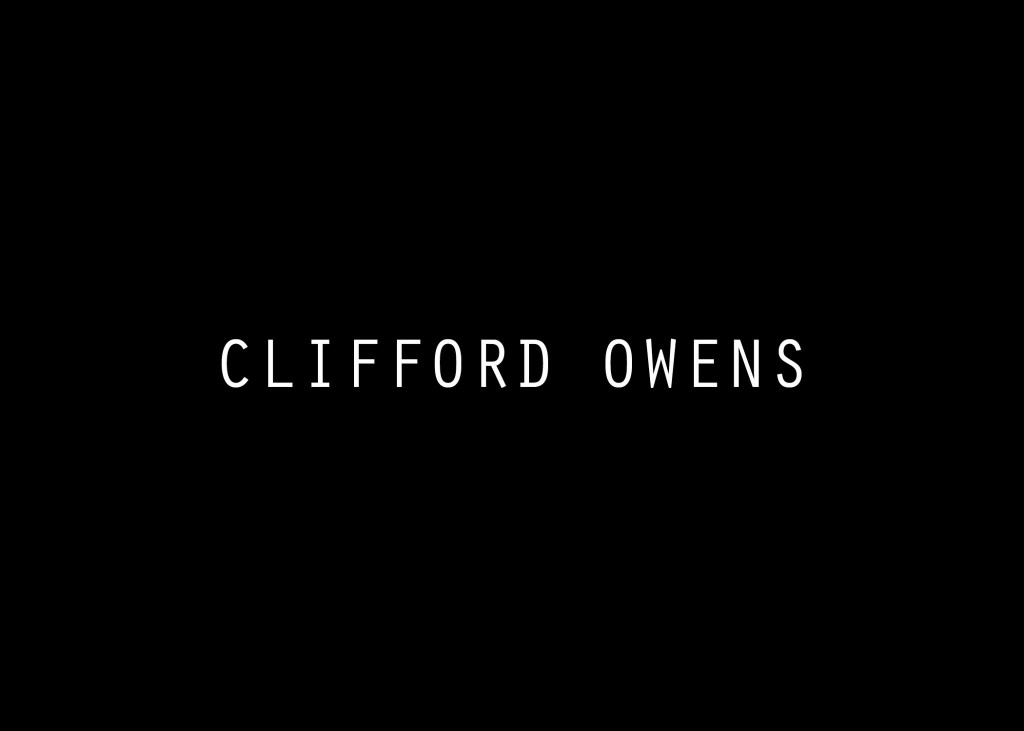 INVISIBLE-EXPORTS is proud to present an exhibition of new work by Clifford Owens.

A photographer and performance artist whose object- and image-based works are produced most often in the studio-space of performances and habitually in collaboration with audiences (some of them quite private), Clifford Owens has been using photography, text, video, and audience engagement to explore race, class, gender, sexuality and art history since graduating from The School of the Art Institute of Chicago in 1998.

In Anthology, a solo exhibition at MoMA/PS1, which he turned into a residency slash live-action performance within the museum, Owens launched a highly personal, shape-shifting investigation into the history and scope of black performance art (it was the first work of his devoted to specifically American artists, as opposed to his normally international and interdisciplinary practice). He solicited, and then interpreted, performance scores from dozens of American black artists.

Throughout his career, Owens has worked largely “in residency,” conceiving and executing new works within the context of particular, time-limited settings, and in this exhibition, his first with INVISIBLE-EXPORTS, Owens will present a new series of coffee and Vaseline drawings, produced as part of a month-long summer residency inside the gallery, along with separate photograph and video elements. Also included is a pre-opening performance, “Orifice Descending,” with a score written by Vaginal Davis.

The works on paperwere made within a number of private performances, and are referred to, by Owens, as “abstract figurative drawings,” produced in ways that are “similar to the process of making photographic prints in a darkroom. The Vaseline creates the latent image, the coffee is the alchemy that develops the image.” As he does when describing his performance series, Owens tends to focus on the procedural elements of his work; but, it is hard to overlook the deeper proscenium of history and identity in which these works have been staged.

Clifford Owens (1971, Baltimore, MD) has exhibited extensively both domestically and abroad. Notable exhibitions include the Brooklyn Academy of Music (2014), “Better the Rebel You Know” at Home in Manchester, UK (2014), Performa13 (2014), MoMA/PS1 (2012), the Walker Art Center, Minneapolis (2014), The Studio Museum (2012), and the Contemporary Arts Museum Houston (2011), among many others. Articles about his work and practice have appeared in Art in America, the New York Times, Artforum, and the Los Angeles Times, to name just a few. He is currently teaching at Virginia Commonwealth University and at Yale University.