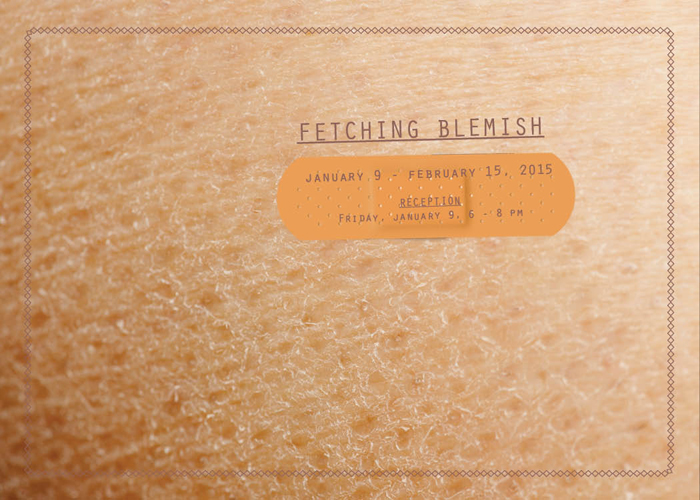 INVISIBLE-EXPORTS is proud to present Fetching Blemish, a group exhibition of portraiture and figurative work addressing human flaws as sites of revelation and distinction. With Wolfgang Black, Celeste Dupuy-Spencer, Nicole Eisenman, Genieve Figgis, Dan McCarthy, Rebecca Morgan, Aurie Ramirez, Amy Sedaris, and Cindy Sherman, the show revels in flaws, deformities and the grotesque, rendering or expressing internal conflicts and anxieties as physical features, and approaching imperfection as a portal of identity and self-horror as a form of self-recognition (or liberating and even transcendent performance). This all in a cultural moment, or perhaps its immediate aftermath, in painting and otherwise, enamored with style and seductiveness as an uncomplicated bid for recognition of the most satisfyingly charged kind. That is, to the extent it is enamored with figurative work at all.

Each of the artists in this show are in some ways, or understand themselves to be, outsiders, some of them stiff-arming and others processing and repurposing a harsh critical gaze. All seem engaged in overturning tendencies, preferences, and prejudices in recent portraiture as showcase of beauty, as refracted vanity, even as pin-up. Each has come of age, or is working now, in a cultural era embracing “difference” to an unprecedented degree, teaching that otherness of all kinds is beautiful and dignified, and self-love a paramount virtue and indeed an express imperative in a new and liberated age. But to many, those shibboleths are a foreign language, a small consolation and perhaps even an affronting falsehood—offering a narrative of full-inclusion that is so basically at odds with the lived intimate experience of otherness, no matter the cultural conditions, it can only be, for all its political virtue, an inert impersonal mantra and expressive nonstarter (and therefore its own kind of otherness). Ugliness is a much murkier, more enriching stew.