MARIANNE VITALE | On the One 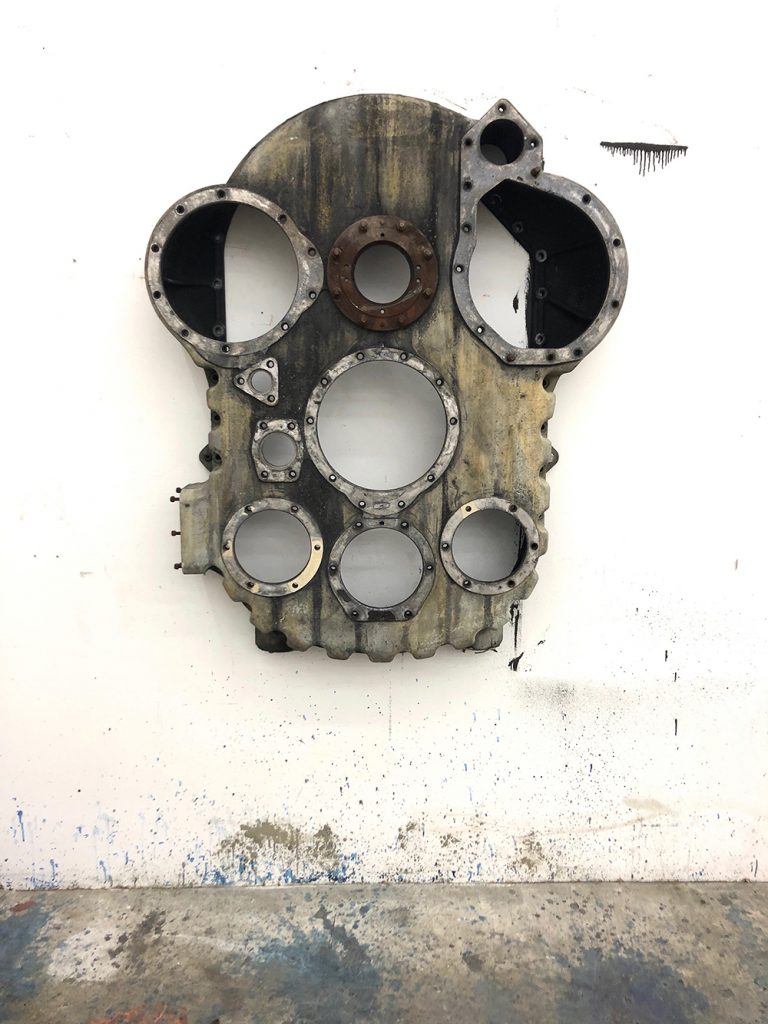 MARIANNE VITALE
On the One

INVISIBLE-EXPORTS is proud to present Marianne Vitale’s On the One, the artist’s second solo exhibition with the gallery.

Dredged from a waste land of deactivated industrial components, exhumed railway supports serve as over-signifying omens and bellwethers. A housing bracket once pressed into the front end of a locomotive, dislodged from its iron horse assumes the form of a skull. Flange way blocks rest underneath track work, never to see the light of day. Uprooted, the cast forms stack syntactically as totems of language. Further excavation of once-operative accessories – in this case, guard plates, braces, switch clips and guide brackets – yields a recognition of the human guise in functional design; serving here as anthropomorphic devotees or ritual death masks for an encyclopedic museum. Initially meant to resist surface-cracking and fatigue, the works transgress their original use value as forms of support: hinges, underpinnings, and receptacles of American infrastructure. They have been rendered prophecies of what becomes of the grave overshoot and overspread, legitimated by the relentlessly regurgitated ideal of manifest destiny.