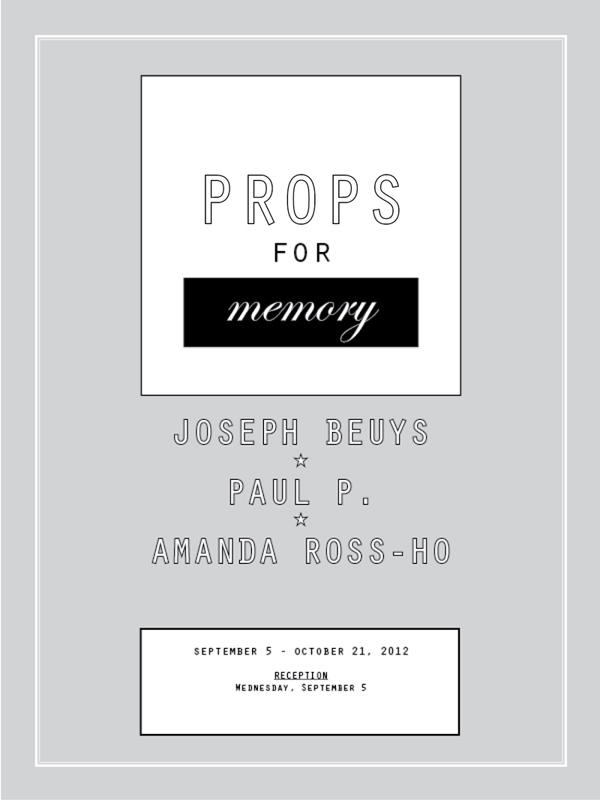 Snapshots, as much as they are invariably pictures of subjects, are also inevitably studies of moments and tours of memory—portraits in, of, and by time. Often they merely masquerade as monuments, when in fact they are variegated, sometimes mournful, often sublimated tributes to ephemerality—ephemerality of experience and of youth; of focus, vision, practice, and work; even of subject-ness and object-ness.

“If you want to express yourself you must present something tangible,” the artist, teacher, and Fluxus visionary Joseph Beuys told ArtForum in 1969, elaborating on his famous dictum, “teaching is my greatest work of art.” “But after awhile this has only the function of a historic document.” The next year, he elaborated again: “The whole thing is a game,” he told interviewers at the Walker Art Center in 1970. “It’s a sort of prop for the memory,” he said of his work, “a sort of prop in case something different happens in the future.”

The work of the three artists presented here addresses the problem of time raised by the failures of memory—the false promise of total recall and the failure of even the most savantish memory, or the deepest archive, to truly preserve. The two living artists, Paris-based painter Paul P. and Los Angeles multimedia artist Amanda Ross-Ho, each present portraits of moments otherwise destined to be forgotten, portraits that encode a kind of ambivalence about the project of remembering or preserving itself—snapshots of moments clouded by indeterminancy, vagueness, fantasy, and flux. In Paul P.’s work, a new series of oil landscapes, plein air sketches become semi-abstract studio portraits of half-remembered, half-reinvented impressions; Amanda Ross-Ho’s sculptures are pieced-together studio time-capsules, clipped portions of peg-board on which she mounts a constantly-rotating collection of source materials, removed at almost random moments to create portraits of an idiosyncratic, induced-chaos working process that never stands this still. Beuys, whose Economic Value work is included as a kind of forebear, addresses the problem in a more innocent way—by assembling a Potemkin grocery store, filled with bygone products he remembered keenly from his own postwar childhood, as a kind of record, of his own inner life as a pre-teen commodity fetishist, understandable only to him and, therefore, doomed to decay.

Joseph Beuys (b. 1921) was a German Fluxus, Happening, and performance artist. His work has been exhibited extensively, including the Guggenheim Museum, New York; the Venice Biennale; the Tate Modern, London; the Seibu-Museum, Tokyo; The Museum of Modern Art, New York; the National Gallery of Victoria, Melbourne; among many others.

Amanda Ross-Ho (b. 1975, Chicago) is a Los Angeles-based artist who received her MFA from the University of Southern California in 2006 and her BFA from the Art Institute of Chicago in 1998. Her work has been included in New Photography at The Museum of Modern Art (2010); Image Transfer: Pictures in a Remix Culture at the Henry Art Gallery (2010); and was the subject of a solo exhibition at the Pomona College Museum of Art titled Amanda Ross-Ho: The Cheshire Cat Principle (2010). Her work was also included in the Whitney Biennial (2008) and the Orange County Biennial (2008). A solo-exhibition of her work AMANDA ROSS-HO: TEENY TINY WOMAN, is currently on view at the Museum of Contemporary Art, Los Angeles, through September 23, 2012.