VAGINAL DAVIS | Come on Daughter Save Me 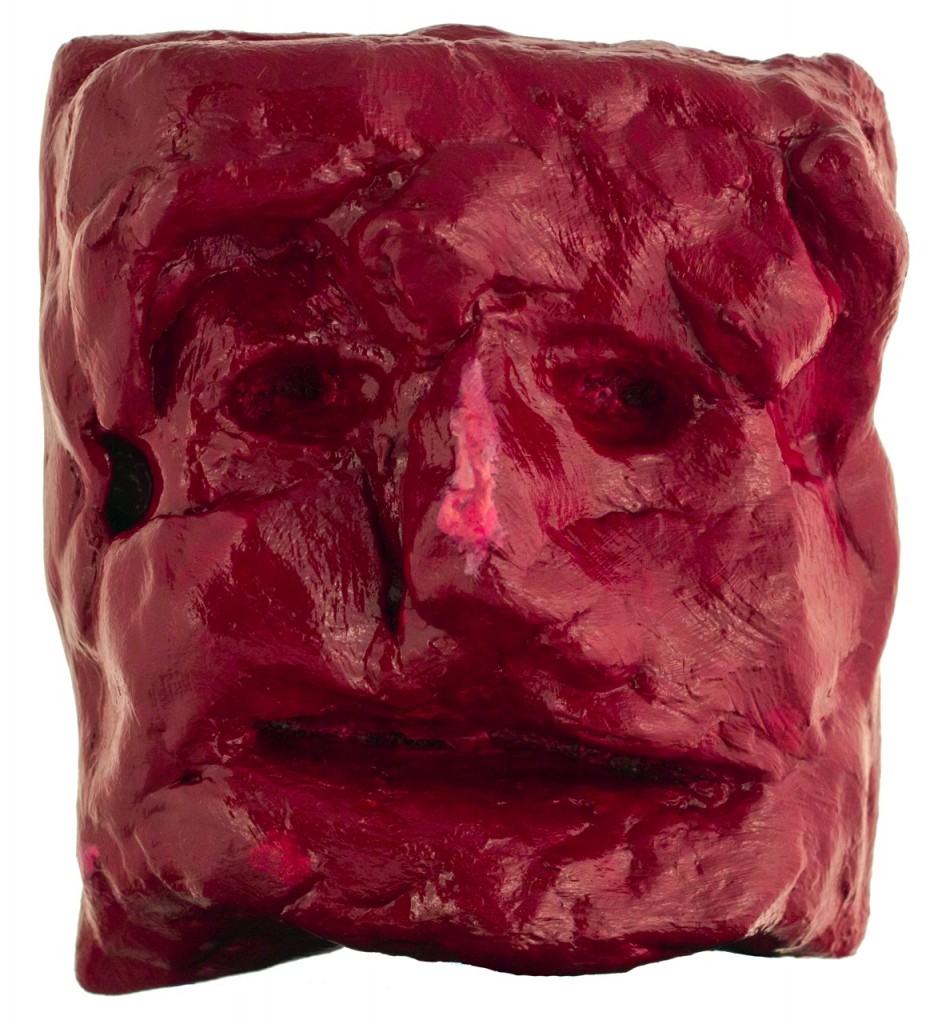 VAGINAL DAVIS | Come on Daughter Save Me

INVISIBLE-EXPORTS is proud to present Come On Daughter Save Me, an exhibition of new work by Vaginal Davis, running concurrently with her performance The Magic Flute at NYU’s 80WSE Gallery.

The gender-queer art-music icon Vaginal Davis likes to say she was “hatched” in Los Angeles, where she was also “born and braised,” a “doyenne of intersexed outsider art.”

A performer, painter, curator, composer, writer, cultural antagonist, film scholar, and erotic provocateur, Davis first gained notoriety in the late 1970s, primarily as frontwoman for various art-punk bands, including the Afro Sisters, inspired by Angela Davis, and as the publisher of two zines: Fertile LaToyah Jackson and its supplement, Shrimp. At the time, Davis worked out of HAG gallery, a DIY exhibition space she founded in her apartment on the Sunset Strip and ran from 1982 to 1989—a “botoxed” version of which was staged at Participant, Inc. in New York in 2012. Throughout the 1990s, she began a series of performances as art-historical critique, including “Dot,” a sort of tribute to Dorothy Parker; “The Dona of Dance,” a twisted celebration of modern dance; and “Designy Living,” which pays homage to both Noel Coward’s Design for Living and Jean-Luc Godard’s Masculine et Feminine.

In Art:21, Ali Fitzgerald has described Davis as  “a complex mixture of queercore punk antics and MGM studio glamour,” featuring performances characterized by “giddy, satirical stabs at the old-world order, leveling criticism at white privilege and the patriarchy with nuanced wit and game-show-style camp.” But, as academic Jose Esteban Munoz wrote in his touchstone work on Davis, The White to Be Angry, “Vaginal Davis’ drag, while comic and even hilarious, should not be dismissed as just clowning around.” In the same essay, he called her work “terrorist drag.” Davis herself has described her aesthetic philosophy more modestly as “available-ism,” and, in a New York Times profile praising her as the “bedrock of cultural life in Los Angeles,” Guy Trebay called it “a form of scavenging that mines both the pop culture scrapheap and the compost of the subconscious to assemble characters that use aspects of [Davis’] impoverished childhood in South Central Los Angeles, [her] years on the punk scene and [her] close involvement with an influential group of transgressive Los Angeles artists.” As Munoz wrote, “At the center of all of Davis’ cultural productions is a radical impulse toward cultural critique. A self-labeled ‘sexual repulsive,’ Ms Davis consistently refuses to ease conservative tactics within gay and black politics, employing punk music, invented biography, insults, self-mockery, and repeated incitements to group sexual revolt — all to hilarious and devastating effect.”

Davis’ spirit of gnarly studio glamour also pervades the non-performance work, which has come to define her practice more and more over the last decade. This includes her Lesbiana Domesticity Wallpaper, hand silkscreens featuring a single brunette woman’s head repeated, hauntingly, over and over again; and her Various Hags series, cameo-like small-scale cosmetics-and-tempera paintings of women’s faces, often nose-less and with large eyes and pursed lips, painted on matchbooks, cardboard, envelopes and letterhead, and occasionally annotated with handwritten phrases such as “Corporations are not very attractive as people,” and “I am a woman trapped in the body of a woman inside a binder.” “My medium” says Davis, “is the indefinite nature of my own whimsy.”

The sixteen clay-and-nail-polish frieze sculptures (which also feature perfume, hairspray, and various other products of “traditional” femininity) comprising this exhibition were all made in Berlin this past year. They range in width but are uniform in height and blood-red color. They depict a series of ghostly, ghastly, beautiful, emotive faces and masks, Goddesses, historic and mythical women, perhaps even a self-portrait or two. The sculptures mark a movement from two-dimensional to three-dimensional work for Davis, with their wall-mounting an additional nod to displays of prehistoric ceramics found in historic institutions the world over. Together they represent a step into deep history for an artist who has been consistently and constantly all over it.

Vaginal Davis lives and works in Berlin, Germany. Her recent exhibitions include Memory Island at the Tate Modern in London 2011; Dejecta at the Museum of Contemporary Art, Los Angeles, in January 2011; My Pussy is Still in Los Angeles (I Only Live in Berlin), at the Getty as part of Pacific Standard Time, 2012; Vaginal Davis is Speaking From the Diaphragm, in Berlin 2012; HAG—small, contemporary, haggard, Participant, Inc., 2012, among many others.