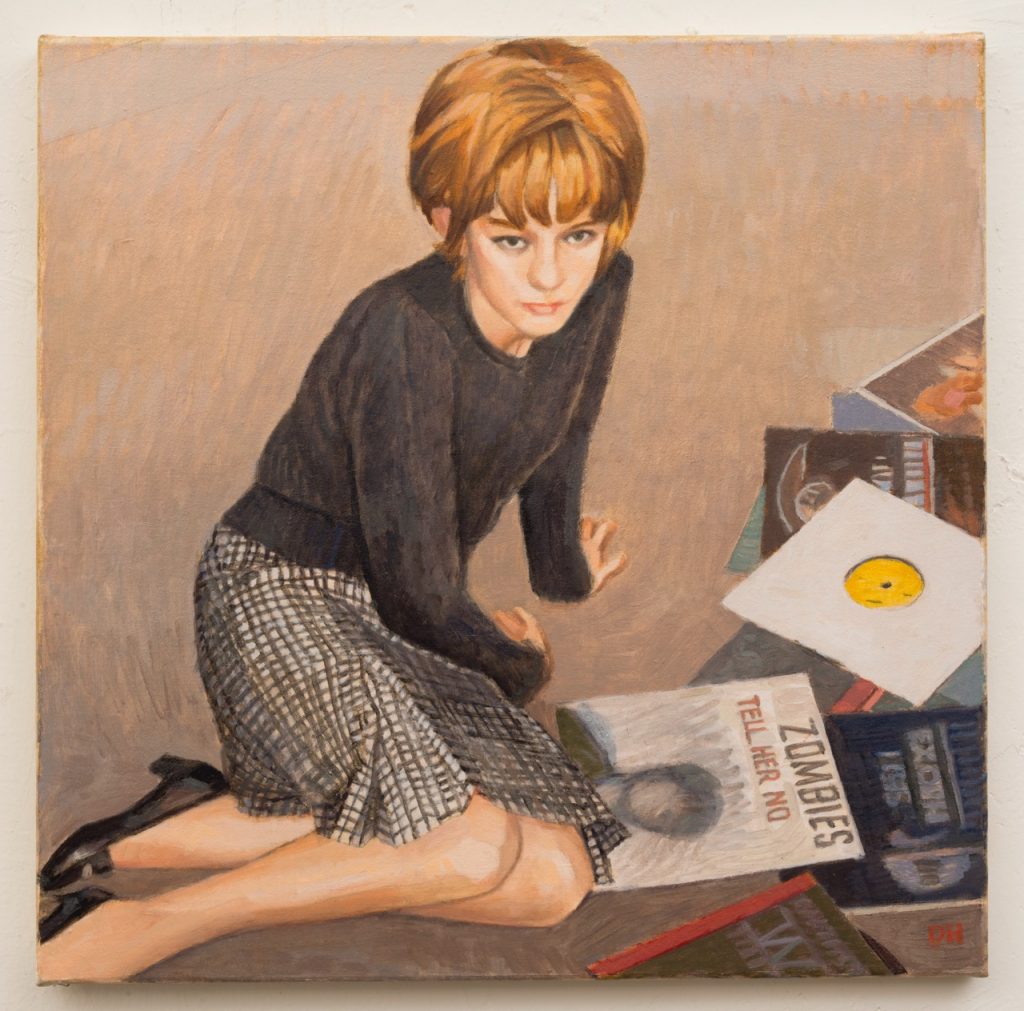 INVISIBLE-EXPORTS is pleased to present “Adrift in the 21st Century,” a new exhibition of paintings by Duncan Hannah.

Hannah is a self-described “idiosyncratic” painter, having emerged improbably from New York’s punk 1970s demimonde as a figurative artist obsessed with painterly technique and single-mindedly focused on reviving the narrative tradition in painting.

Hannah’s work is informed by mid-20th century British representational artists and American titans Edward Hopper and Winslow Homer, as well as mavericks such as Balthus and Fairfield Porter. Since his Times Square Show debut, his pictorial universe has been incredibly consistent and meticulously staged: a cinematic landscape often flattened into eerie planes and characterized by classic foreign sports cars, French pop singers, camouflaged Spitfires and troop ships, icons of European cinema and snowy Alpine peaks—a series of very particular, rhapsodic infatuations, through which he has conjured a fully-realized, unironic, modern-day narrative mythology. But the subject of the work, for Hannah, is as much the making of a painting than what is depicted by it. Though he likes to describe himself as an anachronism, Hannah’s poignant, often elegiac and uncanny work has been, for decades, an important herald of successive waves of figurative painters. “I’ve never seen art history as ‘this’ replacing ‘that,’” Hannah told the Times last year. “When somebody’s good, nobody betters them.”

“Adrift in the 21st-century” is a Duncan Hannah dreamscape, and includes an explosion of canvases depicting idyllic English countrysides of the interwar period, figures from Hollywood and the world of celebrity, and other spectral sources of Hannah’s particular variety of “authenticity and beauty.”

Duncan Hannah (b. 1952) has mounted over 70 solo exhibitions of his paintings, collages, and drawings since 1981, both domestically and across the globe. His work is included in the collections of the Art Institute of Chicago (IL), the Grand Rapids Art Museum (MI), and the Metropolitan Museum of Art (NY), among many others. Hannah was awarded a 2011 Guggenheim Fellowship.

Hannah’s memoir, “Twentieth-Century Boy: Notebooks of the Seventies,” will be published by Knopf and released in March 2018.