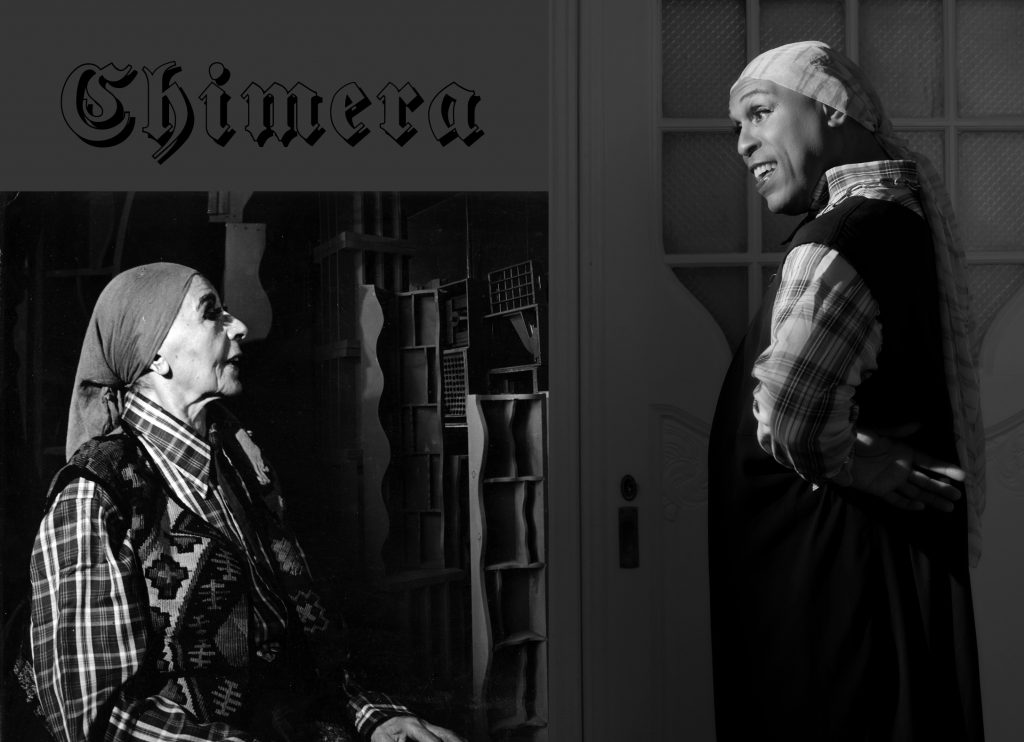 Louise Nevelson needs no introduction: the legendary eccentric émigré sculptor of monumental and famously monochromatic wood structures who upended midcentury sculpture and thumbed a nose at fashionable abstract expressionism. Un-intimidated, she redefined the visual language of feminism through her pioneering assemblages and public art (it was considered shocking, at the time, that she eschewed the favored welded metal for wood, a material that came to define her as an artist.) She also painted, and printed, and treated her own public persona as a kind of sculpture: “The dandy of American art is a woman,” Robert Hughes wrote in 1977. Forty-two years old before she had her first solo exhibition, and nearing sixty before she was considered a success, Nevelson is now canonized as one of America’s most innovative sculptors, spawning generations of influenced acolytes, inspired by her brut strength and glamour.

There are not many titans who could share the spotlight with Nevelson, but Vaginal Davis is one of them.

Davis likes to say she was “hatched” in Los Angeles, where she was also “born and braised,” a “doyenne of intersexed outsider art.” A performer, painter, curator, composer, writer, cultural antagonist, film scholar, and erotic provocateur, Davis first gained notoriety in the late 1970s LA art-punk scene. In the New York Times, Guy Trebay has called her “a bedrock of cultural life in Los Angeles,” and in Art:21, Ali Fitzgerald has described Davis as  “a complex mixture of queercore punk antics and MGM studio glamour,” featuring performances characterized by “giddy, satirical stabs at the old-world order, leveling criticism at white privilege and the patriarchy with nuanced wit and game-show-style camp.” In his touchstone work on Davis, The White to Be Angry, Jose Esteban Munoz called it  “terrorist drag.” “I don’t fit into mainstream society, but I also don’t really fit into ‘alternative culture,’ either,” Davis recently told the New Yorker. “I was always too gay for the punks and too punk for the gays. I am a societal threat.”

In recent years, Davis has invented for herself an entirely new genre: “make-up paintings,” twenty of which will be presented here at the gallery alongside one of Nevelson’s works from her black series. The small-scale cameo-like cosmetics-and-tempera paintings of women are often nose-less and with large eyes and pursed lips, painted on matchbooks, cardboard, envelopes and letterhead, and occasionally annotated with handwritten phrases such as “Corporations are not very attractive as people,” and “I am a woman trapped in the body of a woman inside a binder.” They often also include perfume, hairspray, and various other products of “traditional” femininity, and are emblematic of Davis’ break from the social shackles of prescribed feminism, much like Nevelson’s work did decades before. “The resulting forms suggest faces or masks, exposed intestines, genitals and knots of musculature,” Holland Cotter wrote in a 2015 review. “Bracingly feminist, prophetically anti-patriarchal.” “Davis is not religious,” Grace Dunham wrote in the New Yorker profile, “but her work is a sacred mythology for the outsider.”

Simultaneously, work from Davis’s previous show at the gallery will be included in Trigger: Gender as a Tool and a Weapon, which opens on September 27, 2017 at the New Museum.