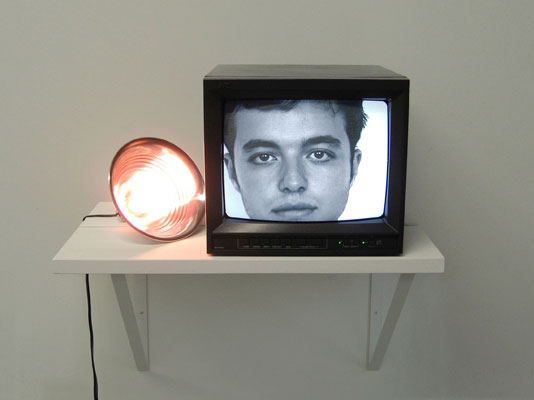 PAUL GABRIELLI | Closer Than That

INVISIBLE-EXPORTS is pleased to announce the debut solo exhibition of Paul Gabrielli.

New York-based artist Paul Gabrielli offers work of quiet maximalism. With Closer Than That, he presents a challenge to the conception of three-dimensional work as a theater of self-obsession, delivering instead a vision of sculpture as an act of appropriation, assimilating other media into one comprehensive system. While Gabrielli’s practice can be seen as a continuation of his minimalist lineage, his specific objects are instilled with a thwarted eroticism of both desire and restraint.

Gabrielli’s works straddle the boundaries of sculpture, photography, work on paper and video, experiments in form designed to encapsulate the physical manifestation of a single thought, with all its lyricism and paradox. His pieces represent both interior visions and the very real destruction of the well-defined and corporeal. They stand on the anxious fulcrum of categorization; when distinctions between forms and material disappear, or are made to disappear, what is left standing? Gabrielli wants to give objects a second look, a second chance, and perhaps even a second identity. One is never enough.